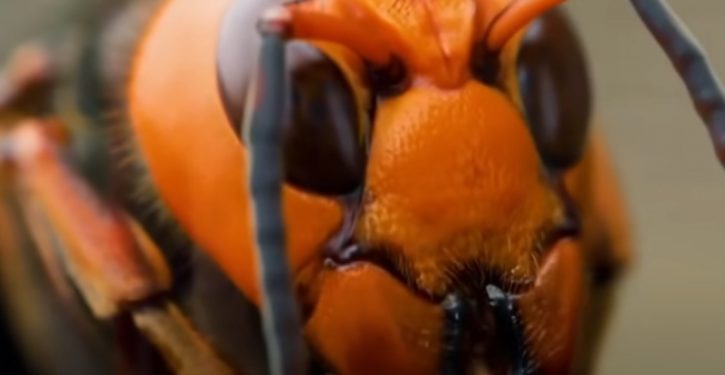 [Ed. – I’m hoping the wildfires are killing them off, myself.  We do hear they like to hang out in the woods.]

Native to forested parts of eastern and southern Asia, the insect is the world’s largest hornet species, measuring up to two inches long. In September 2019, the hornet was detected in western British Columbia, Canada, and it has now spread into adjacent parts of Washington state near the border.

For a study published in the journal Proceedings of the National Academy of Sciences, a team of scientists examined records from the hornet’s native range in Japan, South Korea and Taiwan, and combined it with climate data in order to predict areas of the world where the insect could potentially thrive.

DOJ charges more than 300 with criminal actions ‘under the guise of peaceful demonstrations’
Next Post
Suddenly, term limits for Supreme Court justices