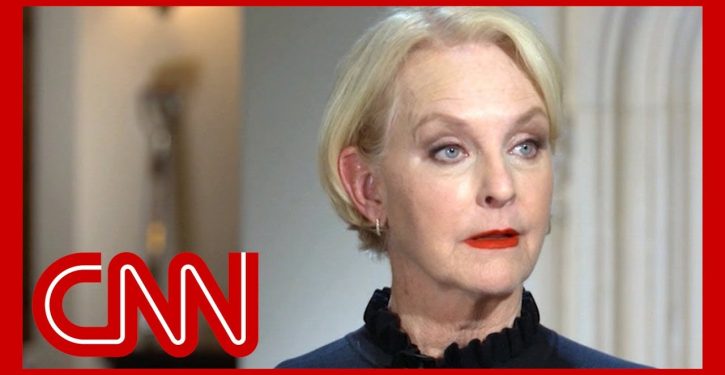 [Ed. – Her endorsement ought to be good for one vote — hers.]

Cindy McCain, wife of the late Arizona Republican Sen. John McCain, will endorse Joe Biden over President Trump in the 2020 election, according to the Democratic presidential nominee.

McCain narrated a video about her husband’s bipartisan friendship with Biden and the strong ties between their two families during the Democratic convention but declined to support him directly and publicly.

Biden told donors Tuesday she had changed her mind after Trump reportedly called dead soldiers “losers” and fallen Marines “suckers” in 2018, claims the two-term vice president has folded into his stump speech on the campaign trail.

“Maybe I shouldn’t say it, but I’m about to go on one of these Zooms with John McCain’s wife, who is first-time ever, is endorsing me because of what he talks about with my son and John’s, who are heroes, who served their country, you know.”…