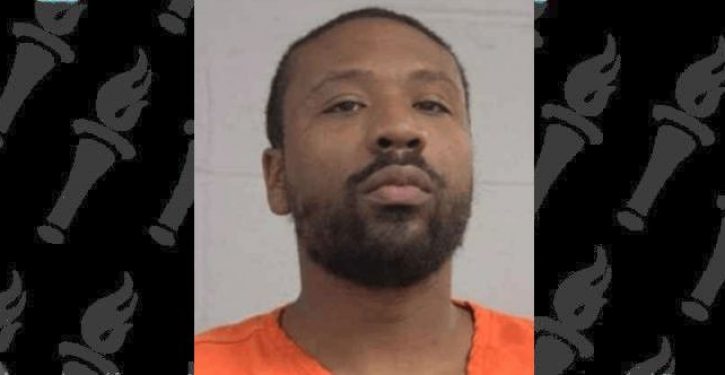 A black male walked into a Louisville bar owned by a retired police officer and shot three random people at point blank range on Friday night — while wearing a Justice for Breonna Taylor shirt.

Michael E. Rhynes Jr., 33, was arrested just after midnight Saturday after police found him crawling in brush near the restaurant, according to a report from WDRB.

The shooter was wearing a “Justice for Breonna Taylor” t-shirt. Naturally, the national media has completely ignored this story — which certainly would not have been the case if a mass shooter had been wearing a “Trump” shirt. Taylor became a Black Lives Matter martyr after being killed by Louisville Police during a “‘knock and announce” drug raid, during which her boyfriend shot at police.

“Nobody had ever seen this guy before,” the owner of the bar, Joe Bishop told WDRB. … “It was a totally random act.”