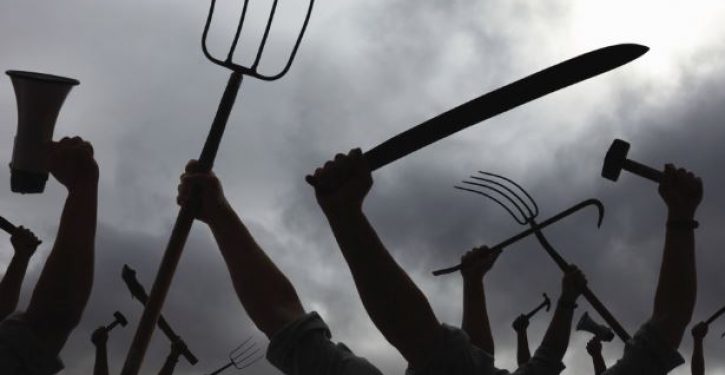 [Ed. – Townhall has reporting from Saturday, but I actually saw tweets on Friday night from people who went to McConnell’s home to harass him there.  They were disappointed that he didn’t seem to be there.]

[T]he angry left has resorted to the strategies of violence and intimidation to get their way. One of their favorite tactics is to form roving mobs to terrorize their political enemies. Sometimes that’s the police, local businesses, or people simply eating at a restaurant. But on Saturday, the mob visited the Senate majority leader’s home.

“Move Mitch, get out the way,” the mob’s purveyor of hate shouted over a bullhorn. …

Democrats like Reps. Maxine Waters and Ayanna Pressley (D-MA) called for these mobs. … Lefties on Twitter tweeted out McConnell’s home address for all the Antifa terrorists to see.

In middle of Rosh Hashanah greeting, Biden forgets what he is saying
Next Post
Three recent Supreme Court justices were confirmed in less than 45 days — including Ginsburg