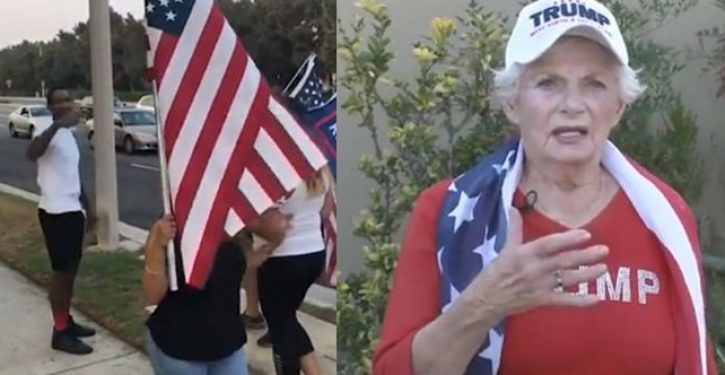 A California man has been arrested after he allegedly attacked several people, including an elderly woman, during a rally held in support of President Donald Trump on Wednesday night.

Alvin Gary Shaw, 33, confronted the small group of people during the gathering in Aliso Viejo – 50 miles south of Los Angeles – around 6.30pm.

Shaw allegedly blew smoke in some of the supporters’ faces and used his cigar to burn one person’s Trump sign, according to local reports.

He also reportedly punched two people, including an 84-year-old woman, and knocked a third person to the ground before he was taken away in handcuffs.

The rally, held on the corner of Aliso Creek Road and Pacific Park Drive, saw between 20 and 30 people gathered.