[Ed. – The AP story refers to “protesters,” but people holding signs are clearly not going to be charged with sedition.  People who are trying to burn down federal courthouses, on the other hand, should be.]

In a memo to U.S. attorneys Thursday obtained by The Associated Press, the Justice Department emphasized that federal prosecutors should aggressively go after demonstrators who cause violence — and even sedition charges could potentially apply.

The sedition statute doesn’t require proof of a plot to overthrow the government, the memo read. It instead could be used when a defendant tries to oppose the government’s authority by force.

Attorney General William Barr has been pushing his U.S. attorneys to bring federal charges in protest-related violence whenever they can, keeping a grip on cases even if a defendant could be tried instead in state court. Federal convictions often result in longer prison sentences; sedition alone could lead to up to 20 years behind bars. 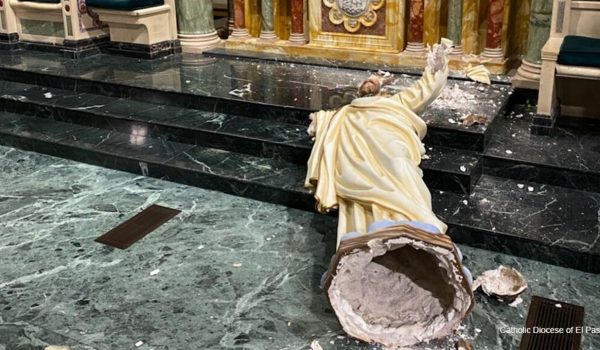