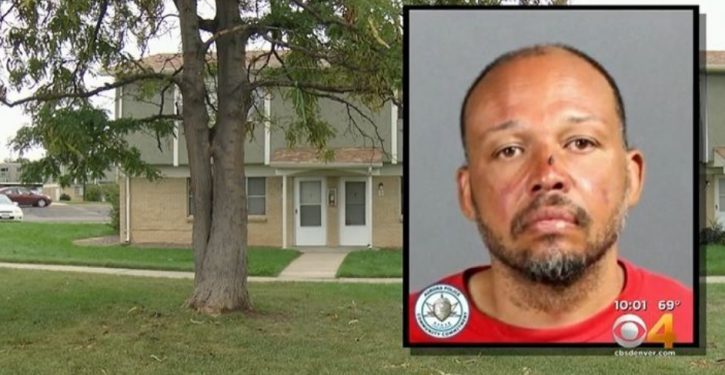 A couple … weeks ago … problems arose at an apartment complex in Aurora, Colorado. One of the residents had unwisely invited Robert Thompson, 47, to stay at the apartment he shared with his girlfriend. He did this despite Thompson having a lengthy rap sheet. … True to form, Thompson quickly began causing trouble of an alarming kind, including exposing himself to some young girls. …

Understandably, the apartment’s tenant, Leander Mccoy, called the police. But after arriving and questioning Thompson, the police simply left, saying they would “seek a warrant” to deal with the matter. The following day, Thompson’s behavior flew further out of control. … The police were again called to the scene, but … once again spoke to Thompson and left. …

The Deputy Chief admitted that the choice made by the police was influenced by the death of Elijah McClain in police custody last month.