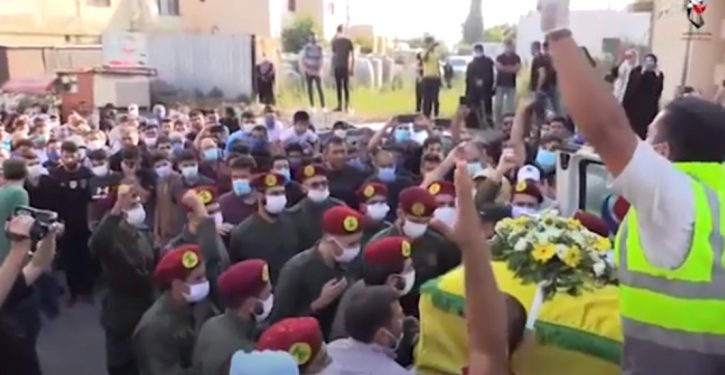 [Ed. – Back to the future, it seems.  New IRA, same as the old IRA — which also had close ties to Lebanese and other Middle East terrorism.]

Violent Irish republican terrorists are seeking to forge new alliances with Middle East terrorist groups including Hezbollah, according to an intelligence briefing on a deepening relationship after years of collaboration over tactics and ambitions.

An undercover operation found that representatives of the New IRA, the largest of the dissident groups that emerged after a 1998 peace deal, had been in touch with Hezbollah since 2017 in an apparent effort to source new arms, according to newspaper reports in the UK.

Republicans were reported to have travelled to Lebanon to meet Iran-backed Hezbollah. One report said the meeting came before the New IRA were suspected to have secured weapons from an as yet unidentified party.

The New IRA is the largest of splinter groups that emerged after the deal and has been blamed for sporadic acts of violence including the murder of journalist Lyra McKee in 2019.

And there it is: Key BLM govt activism group is funded by CCP-backed organization
Next Post
Adam Schiff’s ‘Whistleblower’ 2.0 at DHS keeps getting into a weird area