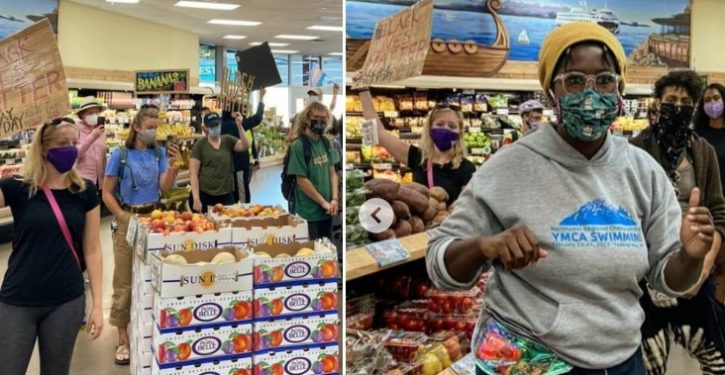 Black Lives Matter activists occupied a Trader Joe’s in Seattle this week, claiming to be protesting “lack of access to grocery stores” and explaining to patrons “how capitalism exploits the working class.”

Morning March Seattle, which advocates to abolish the police and invest in black communities, organised the gathering at the local grocery store to educate customers on the barriers black residents face such as gentrification.

This comes as leftists conflate Trader Joe’s and gentrification, according to The Atlantic in a 2019 article on the “conflicts between white Portlanders and long-time black residents” over “widening bicycle lanes” and “the construction of a new Trader Joe’s.”

For the first time, H-E-B dethroned Trader Joe as the top five grocery retailers in dunnhumby’s second annual Retailer Preference Index (RPI) this year, which the latter had consecutively  clinched the No. 1 spot on the index in 2019.

New Jersey governor declares Juneteenth a public holiday
Next Post
Two deputies fighting for their lives after being shot in ‘ambush’ at L.A.-area train station