[Ed. – It’s obvious to everyone at this point, including — one suspects — the Democratic leadership.]

“It is a complete difference from what he was in 2017,” Mike McCormick, who worked as a White House stenographer for 15 years and with Biden from 2011 to 2017, told the Washington Free Beacon in an interview. “He’s lost a step and he doesn’t seem to have the same mental acuity as he did four years ago.”

McCormick’s recent book Joe Biden Unauthorized recounts his time working with Biden and takes a critical look at the former vice president, including the time he says Biden was “humiliated”  by Russia’s Vladimir Putin in 2011. 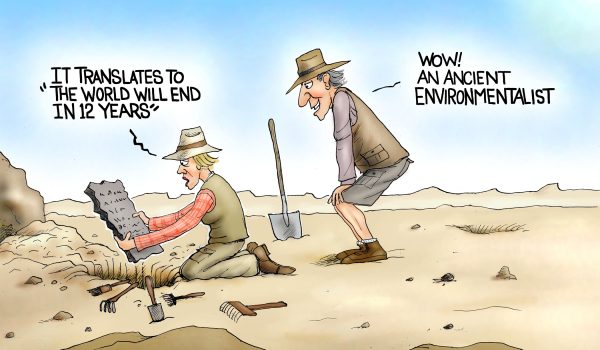 Cartoon of the Day: World’s oldest profession
Next Post
Vindman, not whistleblower, was driving force behind impeachment