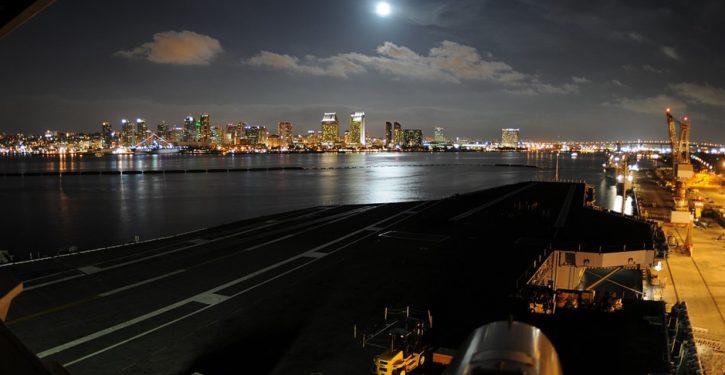 [Ed. – This appears to be a case of bureaucratic constraints producing an outcome no one wants.  There are a lot of Catholic churches in the San Diego area, but it’s not so easy for junior sailors billeted at North Island or down on the spit to get to Mass off-base. On duty days they presumably wouldn’t be able to attend one at all. Not much easier from 32nd Street or central billeting.  I wonder if a solution has been pursued with enough energy.]

Catholic Masses at San Diego-area Navy bases have ended  because the Navy, in what it says  is a cost-cutting move, has declined to renew  its contracts with  Catholic priests, and there are not enough Catholic chaplains on active duty to fill the void.

Contracted priests at Naval Air Weapons Station China Lake and at Marine Corps Recruit Depot will stay on, however, because service members at those locations don’t have options for church outside those bases.