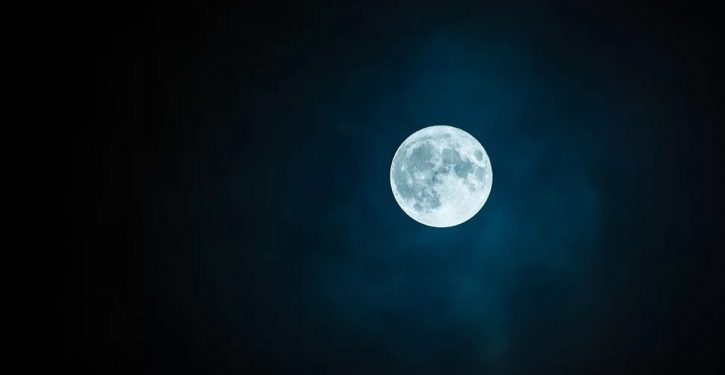 [Ed. – What you have to love here is the dueling headlines. Forbes acknowledges “we don’t know why” the moon is rusting.  CNN’s headline take: “The Earth Is Making the Moon Rust.”]

New research shows the Moon has rust on its surface, which is quite odd. Rust forms when iron reacts with oxygen to form iron oxide. While rust is common on Earth, and even the surface of Mars, its presence on the Moon is unexpected.

The Moon is mostly a dry, airless rock, but it does have traces of water ice near its poles. This was discovered by the Indian Space Research Organization’s Chandrayaan-1 orbiter team in 2008. The team has also located various minerals on the lunar surface, but finding hematite was a surprise. Hematite is a form of iron oxide that typically forms when the iron is exposed to oxygen and liquid water. While other processes can form hematite, these would be hindered by the presence of hydrogen. Hydrogen is present on the lunar surface due to solar wind. So how is hematite forming on the Moon?

Kamala Harris on vaccine before Election Day: ‘I would not trust Donald Trump’
Next Post
Reporters return to Obama-era kid-glove questioning for Biden