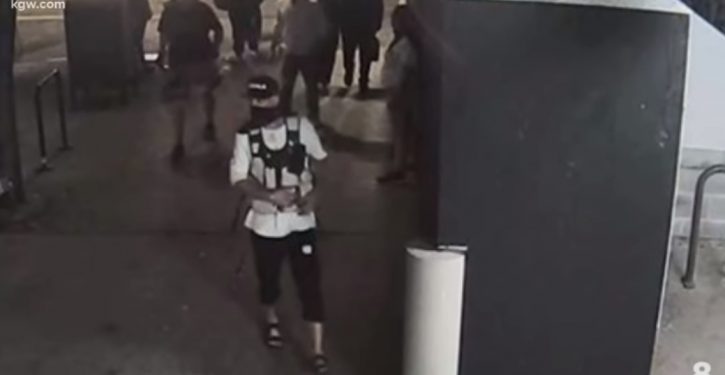 [Ed. – This comes as no surprise to those who have carefully perused the video available on social media. But the mainstream media have been reporting accused shooter Michael Reinoehl’s version of the story, which was that it was a two-sided clash in which he was “defending” an associate “of color” against the victim, Aaron Danielson.  The police report indicates that although Danielson had a gun, it was never fired.  Danielson’s friend who was with him at the time said Danielson used bear mace; apparently the police report records that the release of bear mace at the scene was due to one of Reinoehl’s rounds hitting it.]

New court documents allege that self-described anti-fascist Michael Forest Reinoehl hid in a parking garage after spotting a member of a pro-Trump group before shooting him to death in an ambush-style attack.

The recently unsealed court documents state that Reinhoel, 48, ducked into a parking garage as Aaron “Jay” Danielson and a friend walked by at which point Reinhoel followed them as they crossed the street before “reaching toward the pocket or pouch on his waistband,” according to the Seattle Times. …

The surveillance camera footage and police officer testimony appear to be at odds with Reineohl’s claim made in a VICE News interview days later that he shot Danielson in self-defense while protecting a friend. 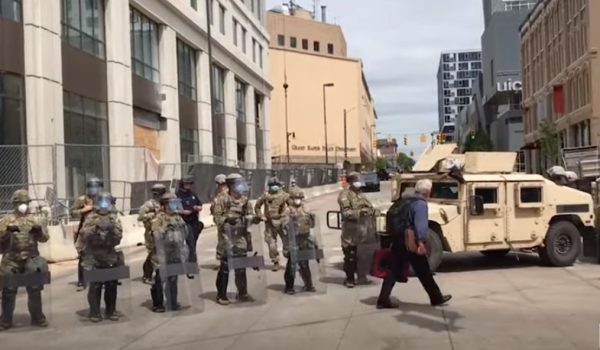 The formidable problems that come with Trump just ‘sending in the troops’ to quell riots
Next Post
Kamala Harris on vaccine before Election Day: ‘I would not trust Donald Trump’