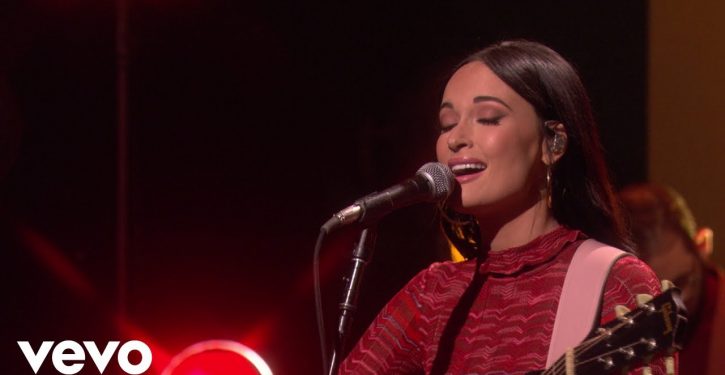 [Ed. – Apart from the sentiment being uttered by another deep thinker from the world of entertainment, it is an interesting metaphor following three months of Democrats’ denial that the looting and rioting in Democratic-run cities is violence.]

A lot of people seem confused as to the meaning of the word, “violence.” Small wonder when the Black Lives Matter and Antifa thugs beating, looting and burning their way through American cities are called “protesters denouncing police brutality.”

Apparently Grammy-winning country music artist Kacey Musgraves has been watching CNN.  She blasted Trump voters on Twitter over the weekend, saying that voting for the current president is essentially an “act of violence.”

The “Golden Hour” singer/songwriter made a fool out of herself on Twitter on Aug 28, accusing folks using their right to vote as perpetrating violence. No joke. Musgraves, an ardent supporter of peace, love, tolerance and every other feel good liberal platitude, can’t stomach people’s electoral choices. Weird how that works, right?

The country star tweeted a rainbow-colored backdrop that had a very undemocratic quote on it.