[Ed. – I’m not sure if that will make him look more like a radical socialist, or less.  Biden seems to live in his own world now.  One is tempted to ask, “Are the people who will shoot you in the room right now, Mr. Vice President?”]

The 2020 Democratic presidential nominee and two-term vice president joked that the community leaders gathered at Kenosha’s Grace Lutheran Church Thursday to discuss racial injustice and police brutality would shoot him if he prattled on about his tax plan.

Biden mentioned his tax plan in response to residents’ concerns, listing some of his policy prescriptions aimed at mitigating perceived inequality and discrimination. 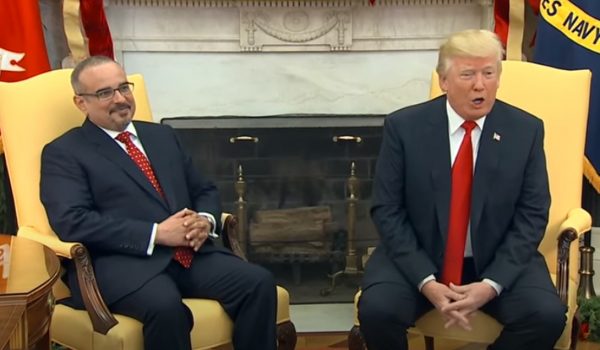 Israeli official: Bahrain to be next Arab nation to normalize relations with Israel?
Next Post
Gov. Cuomo warns Trump: ‘He better have an army’ if he comes to New York