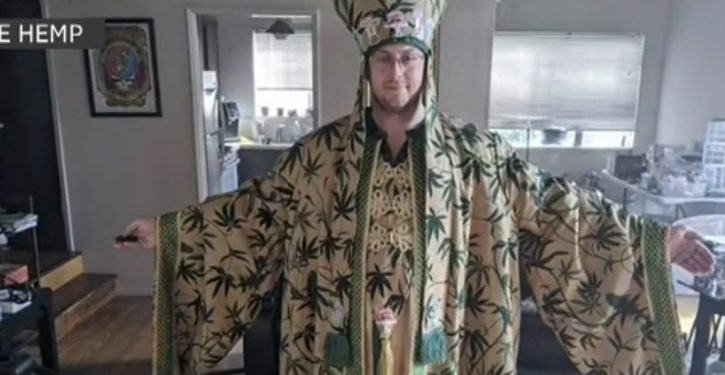 [Ed. – Did the fact that the “leader” calls his unlicensed marijuana operation a “church” make it easier for the city to decide to raid it?  California hasn’t been much in the habit of bothering illegal pot sellers in recent years.  Humor bonus: the video shows there were, in fact, a couple of pews set up in the storefront space Hodges was using.]

Oakland police raided an Oakland establishment that calls itself a church, seizing drugs and money.

“They got a lot of product,” said Dave Hodges, leader of the Zide Door Church of Entheogenic Plants. “They got altogether in a range of about $200,000 worth of stuff. It was mainly mushroom and cannabis product and a little bit of cash.”

Hodges insists it is a real church with more than 20,000 followers. Hodges said the cannabis and magic mushrooms are an integral part of the religious experience.