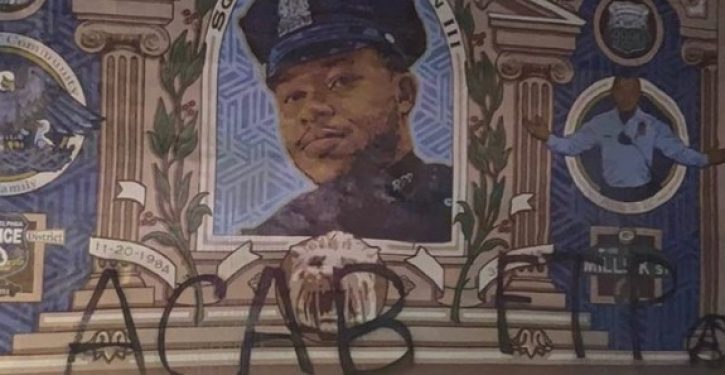 [Ed. – The thugs who did this are heartless and beyond redemption. Society owes them nothing.]

A mural honoring the service and sacrifice of a Philadelphia police officer killed five years ago while trying to stop a robbery has been defaced. Graffiti was found on the mural of Sgt. Robert Wilson III at 60th Street and Baltimore Avenue.

Spray-painted on the mural were the acronyms “ACAB” and “FTP” which are two anti-police slogans, as well as a symbol used by anarchists. Late Sunday, the artist responsible for the mural removed the graffiti.

FOP President John McNesby tweeted Sunday morning saying they were aware of the issue and are working to get it fixed.

“I’m saddened and angered that vandals would deface the mural of one of our beloved heroes,  Sgt. Robert Wilson III,” McNesby said in a statement. “Our thoughts and prayers are with the Wilson family on this sad day. 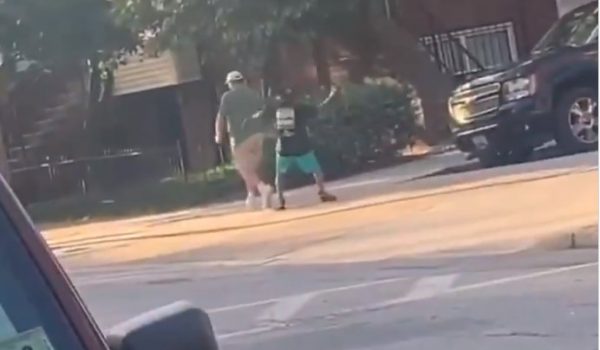 Black man attacks white man from behind with brick to head. Redress for America being racist?
Next Post
Biden speaks out on violence never once naming BLM or Antifa