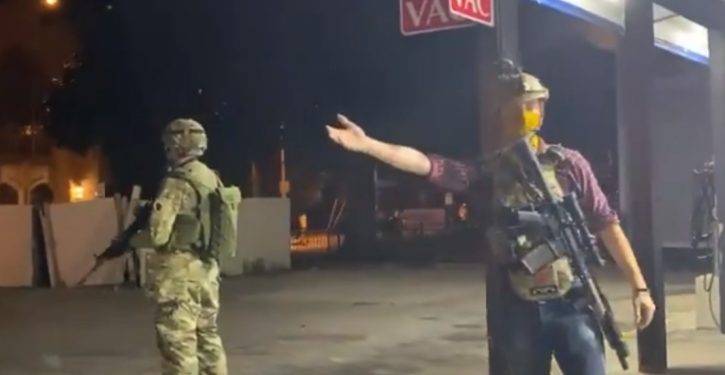 [Ed. – Some of this is pushback from people who say they’re “on the side” of BLM protesters, but don’t want to see communities destroyed.  Maybe that sensible viewpoint will evolve into a recognition that the BLM protesters themselves are not on the side of justice and equality, but of fascist street chaos and violence.]

A small militia of heavily armed civilians protected a gas station from being torched in Kenosha, Wisconsin, following the police shooting of Jacob Blake — imploring rioters not to “f–k up” their own neighborhood. …

The men — who insisted they were not affiliated with a militia organization — said they were not connected to the gas station but feared a “really bad” outcome if it was targeted by arsonists running rampant in the city.

“They’re destroying their own neighborhood,” one of the men said of the two nights of riots after the police shooting of Blake, 29, who is black.