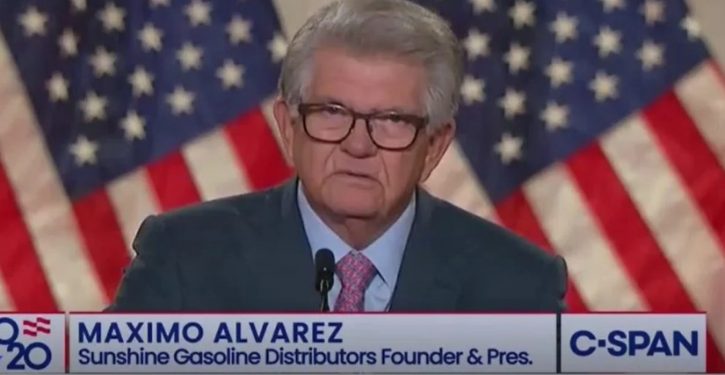 [Ed. – Don’t count the Republicans out yet.]

Maximo Alvarez, a successful American businessman who fled the communist regime of Cuba’s Fidel Castro, offered a powerful testimony Monday in support of President Donald Trump. Alvarez warned Americans of the alternative presented by the Democrats nomination of the most progressive ticket in recent memory.

Throughout the seven-minute speech delivered on the first night of the Republican National Convention, Alvarez shared his family’s story fleeing the oppressive regime just 100 miles off Florida’s coast.

“I’ve heard the promises of Fidel Castro, and I cannot forget those who grew up around me, who looked like me, who suffered, and starved, and died because they believed those empty promises.

WHO warns vaccine alone won’t end pandemic: ‘We cannot go back to the way things were’
Next Post
Eyewitness says as many as 20K unverified absentee ballots counted in Detroit primary