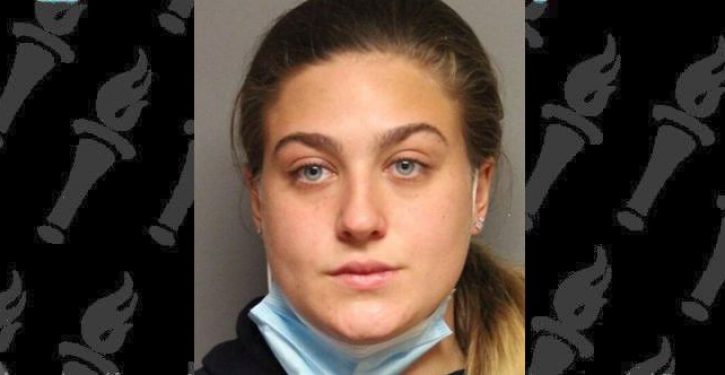 Wilmington Police have arrested a 21-year-old woman they said assisted in the theft of a 7-year-old child’s MAGA hat outside the Democratic National Convention in Wilmington.

Police arrested Camryn Amy on August 22, 2020, a day after Olivia M. Winslow was arrested and charged in connection to the same incident, which occurred in the 600 block of Justison Street and went viral after a video of the exchange was posted on social media.

Video circulated on social media by Students for Trump shows two women, alleged by authorities to be Amy and Winslow, tearing up Trump signs and stealing a red “Make America Great Again” hat sitting on the ground next to a young boy. The video shows the boy crying, and his mother egging the child on to “get your hat back.”

The things not said: What do Democrats have to hide?
Next Post
Biden hits back at Trump’s attacks on his mental capabilities: ‘Watch me, Mr. President’