It’s the midway point of the convention season, and here’s what I think:

Objectively speaking, President Donald Trump gives you every reason to believe he’s not a good person. He has not treated the people in his personal life well, and several professional associates went to jail or are perhaps headed that way. Not saying that Trump is responsible for their bad judgment, but … come on.

On the other hand, he has delivered on deeply held Republican priorities and offers a reasonable center-right path for the nation — tax cuts, conservative judges, pro-life policies and scaling back government regulations. He built a rocking economy that worked for everyone. He cut a major peace deal in the Middle East, proving wrong those who said his style would lead to instability or war. He is dead right about Democratic mayors allowing lawless rioters to destroy parts of American cities.

I mailed my ballot on time. Florida tossed it. 2020 will be worse.
Next Post
Cartoon of the Day: Free lunch 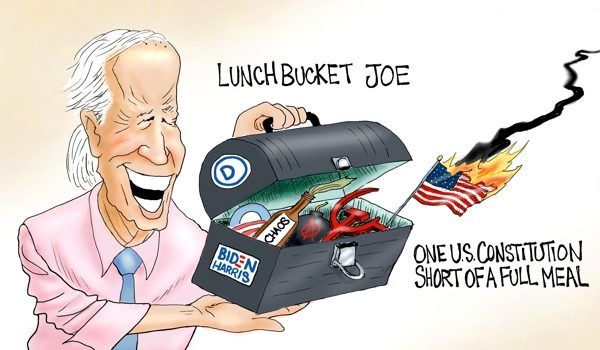