[Ed. – But which scientists? Mental health doctors, pediatricians, economists? Or just epidemiologists? Their advice is about fighting the disease, but not about the collateral damage from doing so, which falls outside their expertise. Listening only to them has had serious consequences. –Brit Hume]

Former Vice President Joe Biden said in an exclusive interview with ABC “World News Tonight” Anchor David Muir on Friday that as president, he would shut the country down to stop the spread of COVID-19 if the move was recommended to him by scientists.

“I would shut it down; I would listen to the scientists,” Biden told Muir Friday, alongside his running mate, Sen. Kamala Harris, D-Calif., during their first joint interview since officially becoming the Democratic Party’s presidential and vice presidential nominees.

Biden also criticized what he argued is the “fundamental flaw” of the Trump administration’s response to the coronavirus pandemic, that the nation cannot begin to recover economically until the virus and public health emergency is under control.

“I will be prepared to do whatever it takes to save lives because we cannot get the country moving, until we control the virus,” Biden said. 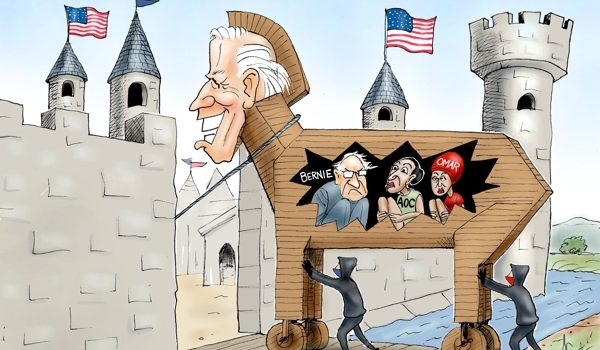 Cartoon of the Day: Malware
Next Post
Biden has fought a pandemic before. It did not go smoothly.