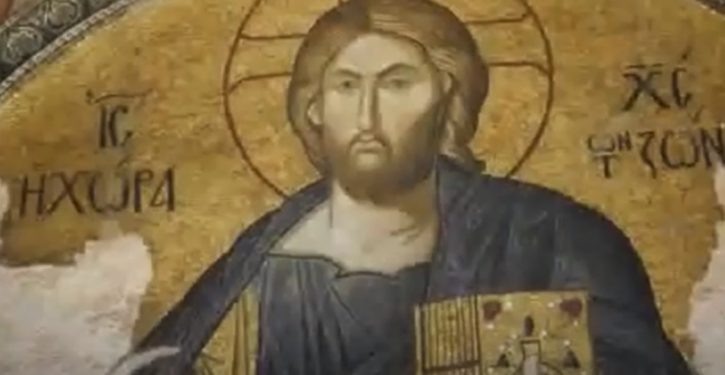 [Ed. – Yeah, Hagia Sophia was never going to be a one-off.  This 1,000-year-old church is another that was restored after the Ottoman Empire crumbled a century ago, and was made a museum under Ataturk.]

Turkish President Recep Tayyip Erdogan on Friday ordered another ancient Orthodox church that became a mosque and then a popular Istanbul museum to be turned back into a place of Muslim worship. …

The Greek foreign ministry called the decision “yet another provocation against religious persons everywhere” by the Turkish government.

The 1,000-year-old building’s history closely mirrors that of the Hagia Sophia — its bigger neighbour on the historic western bank of the Golden Horn estuary on the European side of Istanbul.

The Holy Saviour in Chora was a medieval Byzantine church decorated with 14th-century frescoes of the Last Judgement that remain treasured in the Christian world.