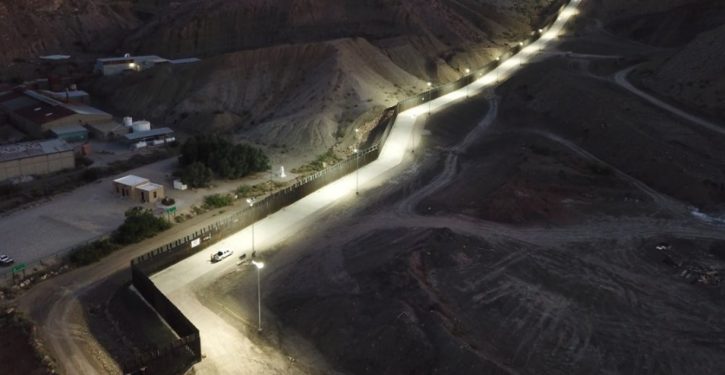 [Ed. – This is the crowdfunding effort spearheaded by Air Force veteran Brian Kolfage, which actually resulted in building a stretch of wall in New Mexico.  Buried down in the article is the information that the complaint was NOT made by donors (in other words, it was made by political activists), and Kolfage says all the paperwork is in order to demonstrate the truth of his group’s representations to donors, apparently including Bannon’s.  If Kolfage is right, this looks like typical harassment against right-wing activists and Trump supporters.]

Steve Bannon has been federally indicted for conspiracy to commit wire fraud and money laundering in connection to a crowdfunding campaign to build a wall along the U.S.-Mexico border. …

Prosecutors said Bannon and others defrauded hundreds of thousands of donors to the online campaign by falsely assuring them the organizers were not taking a penny of donation money — Bannon had publicly stated, “we’re a volunteer organization.”