[Ed. – Let him waste more of his money. He certainly blew a wad on the embarrassment he called a presidential campaign.]

The liberal billionaire owner of the pro-China Bloomberg News Michael Bloomberg is set to bleed through another set of millions to help Democrat congressional candidates in November.

The billionaire is currently slated to spend a whopping $60 million “to strengthen the Democratic House majority in November,” according to The Washington Post.  The new spending will roughly match “the money he invested in flipping control of the House in 2018, according to a Bloomberg adviser familiar with the plans.” He had pledged $80 million to Democrats in 2018.

The $60 million is on top of the more than $1 billion he spent on his failed Democratic presidential campaign, the $18 million he shifted from his failed campaign to the Democratic National Committee, and the $35 million pledge he made to fund the data consulting firm Hawkfish to help Democrats.

‘COVID has reduced to tatters the illusion of American exceptionalism’
Next Post
Cartoon of the Day: Going postal 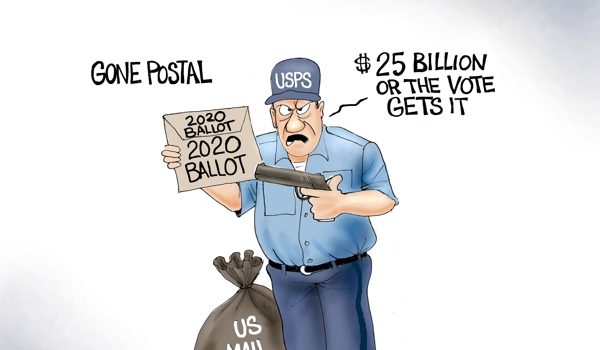