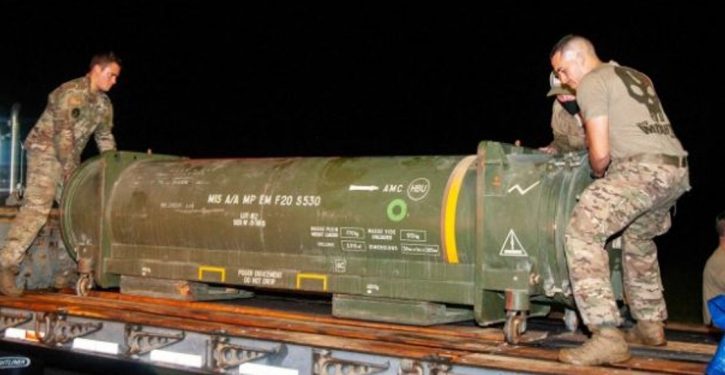 [Ed. – The shipment was apparently on the up-and-up.  The missile was headed for a defense contractor that provides opposition air services for military training.  Why it was necessary for a live warhead to be shipped by commercial means is a mystery.  As noted in the story, the warhead would have had to be armed to detonate, and (naturally) wasn’t.  That doesn’t make it a whole lot better.]

A Florida airport called in the U.S. Air Force last week after discovering a live air-to-air missile. Officials at Lakeland Linder International Airport found the Matra 530 missile in a shipment to a defense contractor that uses the airport to house its fleet of fighter jets. The weapon was transferred to MacDill Air Force Base for disposal.

Authorities found the live missile in a shipment to Draken International, which specializes in providing pilots and fighter jets to fly against U.S. military pilots and air defense systems in realistic, real-world training. Draken has a fleet of 150 older jets retired from military services around the world, including the U.S., Czech Republic, South Africa, and France.

Texas Gov. Abbott calls to freeze property taxes in jurisdictions that defund police
Next Post
What it means that U.S. has invoked ‘snapback’ provision of UN Res. 2231 for Iran sanctions