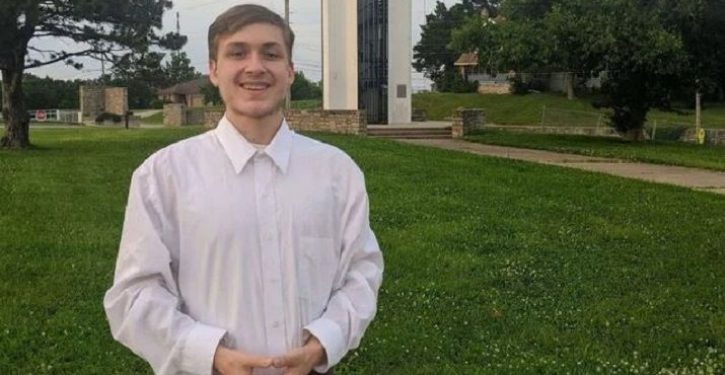 [Ed. – ‘He obtained a nude picture of one of his female, underage middle school classmates and threatened to send it around the school if she didn’t send him more naked pictures.’ Sounds like a dream candidate for the Dems.]

On paper, Aaron Coleman looks like the sort of candidate who makes for a great American political story. He’s a dishwasher by trade and ran a campaign with no money, going through all of the neighborhoods and knocking on doors. He promised a platform of very liberal objectives. And when the votes were counted after the primary last Tuesday, Coleman held a five-vote lead over the incumbent. This week they’ll be looking at provisional ballots to see if that will change. The catch is that Coleman has a bit of a dark past for someone so young. (NBC News)

Democrats are scrambling to deal with the strong possibility that a 19-year-old candidate for a Kansas House seat in Kansas City will unseat a veteran lawmaker despite making incendiary comments on social media and acknowledging abusive behavior online toward girls in middle school.