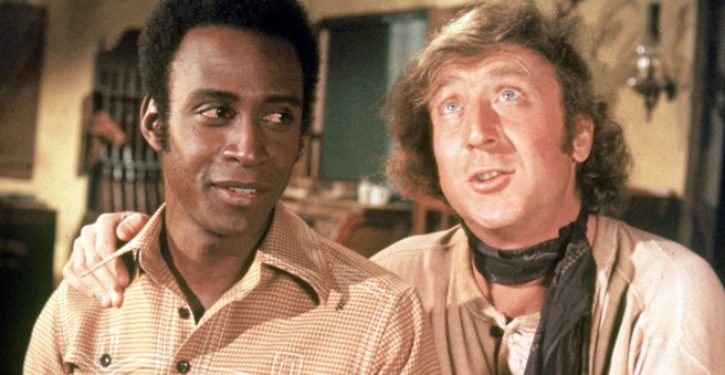 [Ed. – ‘This film may be hazardous to your social health…]

Blazing Saddles is currently streaming on HBO Max, along with a new introduction that automatically plays before the Mel Brooks classic begins.

It is unclear exactly when the intro was added to the 1974 comedy classic starring the late Cleavon Little and the late Gene Wilder, but it was sometime after the film premiered on the streaming service in July.

“The intro was added to ensure that the film was put into the proper social context,” an HBO Max spokeswoman told The Hollywood Reporter.

The situation is similar to that of Gone with the Wind, which was pulled from HBO Max not long after the streaming service was introduced due to outcry over its outdated and racist story and themes. The 1939 war classic returned in June with additional context and a disclaimer attached.

‘We know Israel-UAE pact is a big deal because Joe Biden is trying to take credit for it’
Next Post
Gotcha? After criticizing voting by mail, Trump, first lady request absentee mail-in ballots