[Ed. – The kicker: a health official seems to say they’re not, like, watching your out-of-state movements through social media.  It’s not creepy like that.  But then what, exactly, would it be, if they’re using social media to figure out if you should be quarantining after coming from another state, but aren’t?]

According to Chicago Department of Public Health Commissioner Dr. Allison Arwady, health officials will check a traveler’s social media accounts if they believe a person was recently in one of the states that require them to quarantine for 14 days. Any social media postings could be used as evidence to issue a citation, NBC Chicago reported. 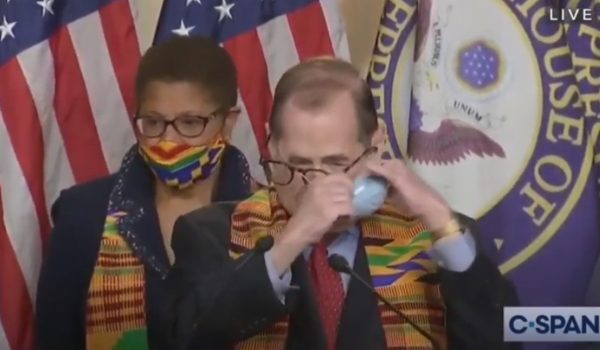 Men vs. masks: ‘Performative masculinity’
Next Post
Pelosi: Pray for the hungry; ‘pray harder for those who will not feed them’