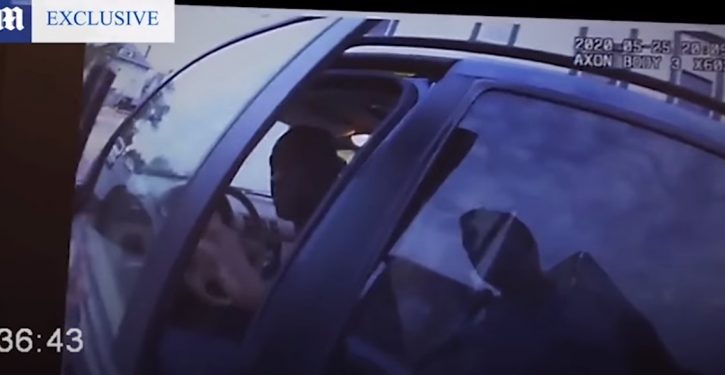 [Ed. – ‘Unfit to print,’ or in this case ‘show,’ means ‘failing to conform with the desired narrative.’]

The Daily Mail obtained leaked body cam footage from the police officers who arrested George Floyd, and the full video is not good for the Black Lives Matter narrative.

The footage shows that Floyd was resisting arrest, impossible to deal with, and was complaining about not being able to breathe well before he was put on the ground. Yet the media has hardly covered this new footage because of course it hurts the idea that this was an intentional murder of a man because he was black. (RELATED: Final Moments Of George Floyd’s Life Appear To Have Been Caught By Police Body Camera Footage)