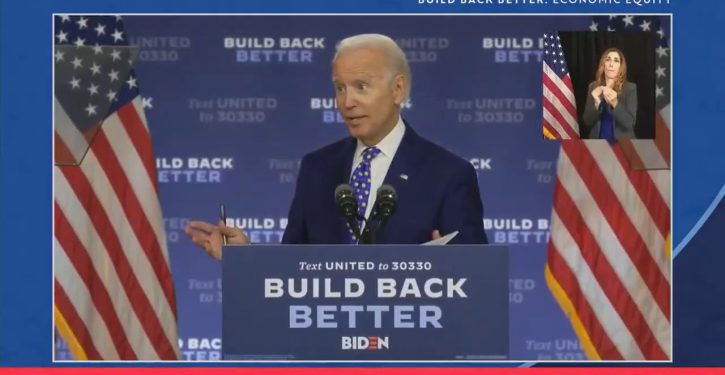 Joe Biden says that he believes prosecuting a former president would be a “very unusual thing and probably not very … good for democracy,” but he would not stand in the way of a future Justice Department pursuing criminal charges against President Trump after he leaves office.

“Look, the Justice Department is not the president’s private law firm. The attorney general is not the president’s private lawyer. I will not interfere with the Justice Department’s judgment of whether or not they think they should pursue the prosecution of anyone that they think has violated the law,” Biden told NPR’s Lulu Garcia-Navarro.