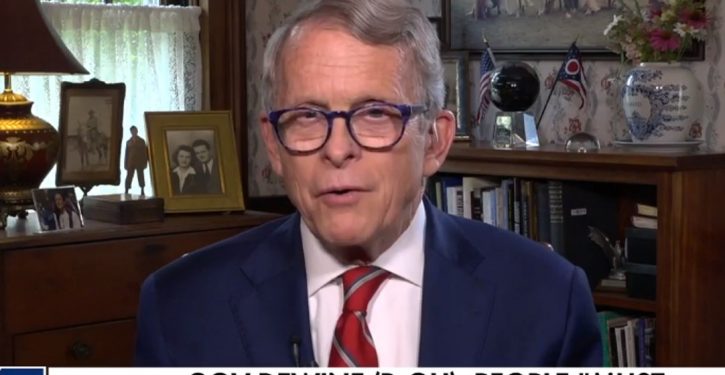 [Ed. – As a governor, he’d be under no orders from anyone who could come arrest him and clap an ankle bracelet on him to self-quarantine.  He also gets to re-test right away.  The average person could well have fewer rights and options, depending on the state.  This is a reminder that the tests aren’t so reliable that they justify dealing with the people in a high-handed, draconian manner.]

Ohio Gov. Mike DeWine tested negative for COVID-19 on Thursday hours after testing positive before he was set to greet President Trump at the Cleveland airport, according to a statement by the governor’s office.

Instead of meeting with Trump, DeWine returned to Columbus and was ultimately tested for coronavirus a second time.

The second test was a PCR test administered that afternoon, which his office said was “extremely sensitive, as well as specific, for the virus.” His wife, Fran DeWine, and staff members also tested negative.