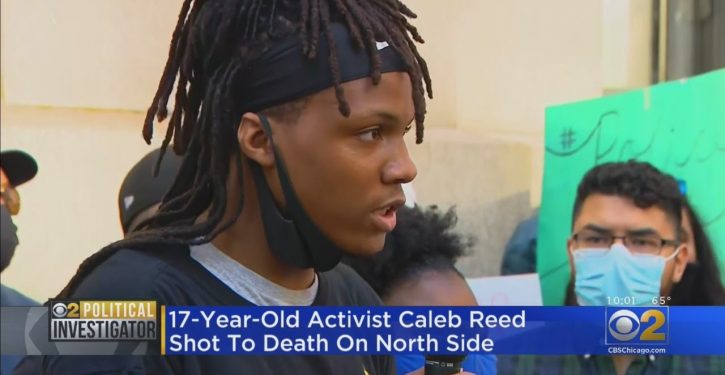 Caleb Reed, a 17-year-old student activist from Mather High School in Chicago, was found shot in the head on Friday.

The teen’s death comes just weeks after he publicly called for the district to remove police from district schools.

Reed, described by the Chicago Sun-Times as a “student leader with a youth activist group,” was discovered on a sidewalk of the West Rogers Park neighborhood in the city.

He had been shot in the head.

The teen, a leader with student group Voices of Youth in Chicago Education, was an advocate of removing police from Chicago schools.

No suspect have been named in Reed’s death at the time of this reporting.

Just weeks ago, Reed spoke at a board of education meeting in support of removing police from the district. During the meeting, he recalled his own experience with officers in his school.