[Ed. – It’s not as though there’s not ample justification for these views. Just check our archives.]

The distrust many Americans feel toward the news media, caught up like much of the nation’s problems in the partisan divide, only seems to be getting worse.

That was the conclusion of a “sobering” study of attitudes toward the press conducted by Knight Foundation and Gallup and released Tuesday.

Nearly half of all Americans describe the news media as “very biased,” the survey found.

“That’s a bad thing for democracy,” said John Sands, director of learning and impact at the Knight Foundation. “Our concern is that when half of Americans have some sort of doubt about the veracity of the news they consume, it’s going to be impossible for our democracy to function.”

The study was conducted before the coronavirus lockdown and nationwide protests over the death of George Floyd. 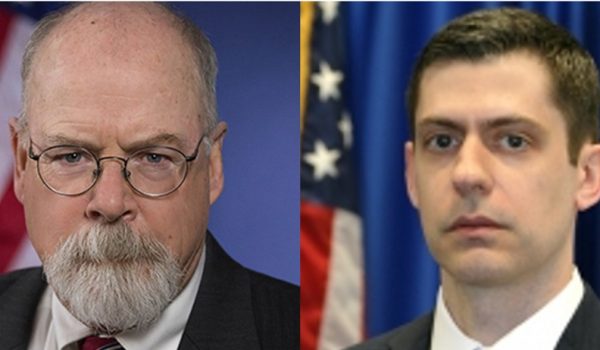 Take heart, Durham-doubters: A recent report means more than it may seem
Next Post
On new voter registration in key states, Trump is blowing Biden out of the water