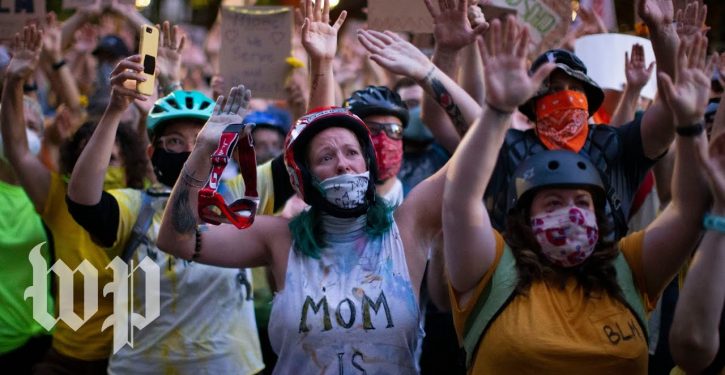 Portland Wall of Moms, a group formed in recent weeks and quickly recognized as a staple of nightly downtown protests, was accused publicly Wednesday of “anti-Blackness” by leaders of an existing, Black-led community group.

Wall of Moms, whose members said they aimed to support and protect other Black Lives Matter protesters near the fence in front of the federal courthouse, announced Friday that its white leadership had rescinded their positions to allow women of color to be in charge. New leaders announced Friday include Teressa Raiford, executive director of Don’t Shoot Portland, Demetria Hester and Danialle James.

But less than a week later, Don’t Shoot Portland took to Instagram to urge people against supporting the Wall of Moms, saying that it was no longer working with the moms group.