[Ed. – How many Americans who profess to support the group are aware of its subversive underpinnings?]

Beyond Black Lives Matter’s [sic] drive to eliminate police brutality is a far more extensive leftist ideology that would upend American economic and social life, according to an examination of BLM leaders’ writings and interviews.

BLM’s principal founders have sought guidance from Karl Marx, Mao Zedong and Venezuelan strongman Nicolas Maduro. One talks of the “psychosis of whiteness.”

BLM leaders say they want capitalism abolished. Sixty years since the civil rights era began, America is still a place where the state routinely oppresses Blacks, as the world seeks their “demise,” the group alleges.

“Black Lives Matter is an ideological and political intervention in a world where Black lives are systematically and intentionally targeted for demise,” the BLM website says. 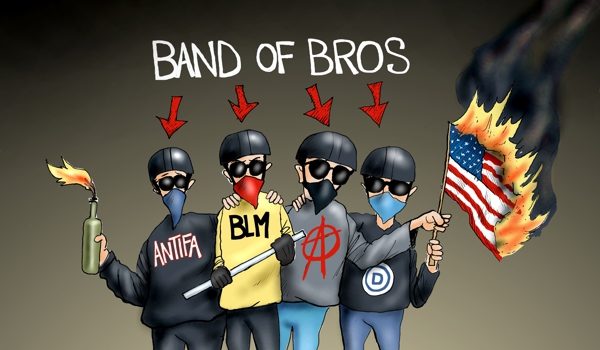 Cartoon of the Day: The anti-deplorables
Next Post
Can Joe Biden keep it together?