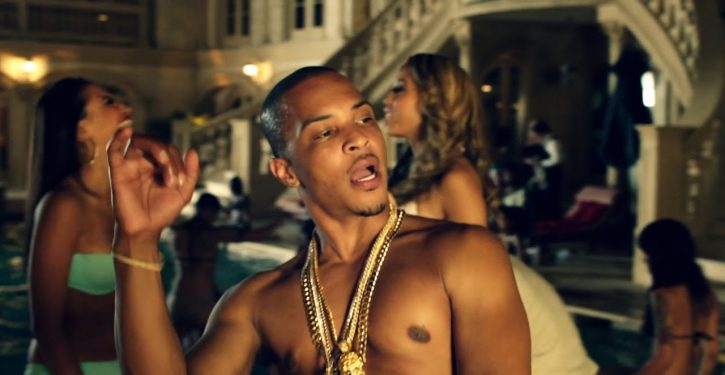 [Ed. – According to the Federal Reserve there is currently $1.93 trillion in circulation in the U.S. Where does this genius imagine the bulk of the $44T will come from?]

Rapper T.I. has put a heavy price tag on slavery reparations: $1 million for every descendant of slavery, equal up to $44 trillion.

Speaking with radio host Charlamagne tha God on “The Breakfast Club,” T.I. outlined his reparations goal and demanded that black people be represented equally across the board in the United States.

“This is my goal,” he said. “My goal is to get every black person in America that’s a descendant of slavery one million dollars, at least. That take about $44 trillion. So that’s my goal, so I’m working up on $44 trillion.”

“Everything black people spend money on, it should be a black company that provides it,” he continued. “If we make up for 13% of this nation’s population, we should make up for 13% of the ownership of land. We should be representing at least 13%, 14% on boards [of] financial institutions, and so on and so forth. That should be persistent or consistent throughout, but it is not.”