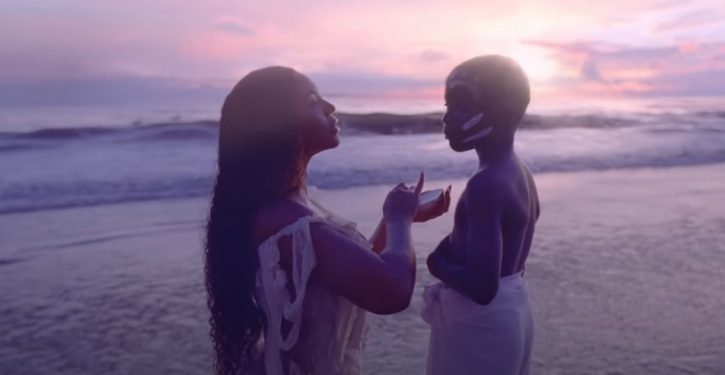 [Ed. – The complaints being raised aren’t those of white conservative racists but black feminists.]

One year after the release of the album “The Lion King: The Gift”, Queen Bey is about to unveil a new Disney production.

Made in the style of a long, meticulously crafted music video, this condensed version of Black history is already proving to be divisive.

“The film is not available anywhere before its release,” warns a press officer about Beyoncé’s new visual album, Black Is King, which is set to be released on Disney+ on 31 July. But all it took to attract the ire of African-American feminists, especially the youngest among them, was the film’s one-and-a-half-minute trailer.

Criticism of the work is going strong and has a radical bent, with detractors calling out the trailer for romanticising Africa as well as for its cultural syncretism, pre-colonial aesthetic, cultural appropriation and “Wakandafication.”…