[Ed. – The situation there is out of control. Lightfoot, incidentally, didn’t merely ‘urge’ Trump not to send agents. She called him a ‘dictator.’]

President Trump said Wednesday his administration is sending federal law enforcement officers into Chicago and Albuquerque, expanding his controversial crackdown on what he claims is an unchecked surge of violence in Democratic-run cities.

“Today I am announcing a surge of federal law enforcement into American communities plagued by violent crime,” Trump said in remarks from the East Room of the White House.

He added he had “no choice but to get involved.”

Chicago Mayor Lori Lightfoot (D) has urged Trump not to send federal agents into the city, imploring the White House to instead focus on initiatives to curb gun violence that has long plagued the city. 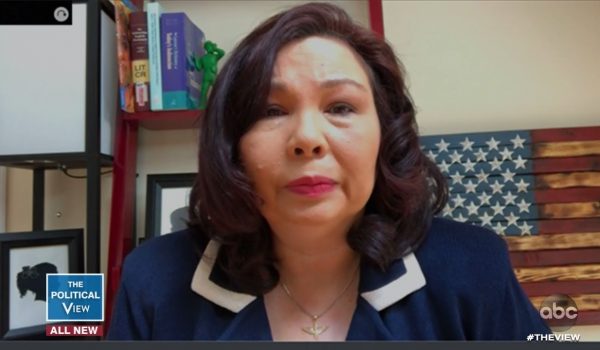 Tammy Duckworth: Tucker Carlson ‘singled me out because I’m Asian American and I look different’
Next Post
Harvard faces calls to rename ‘Board of Overseers’ over slavery ties