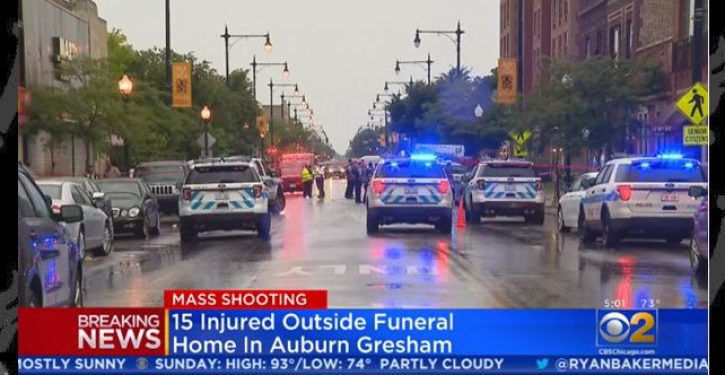 [Ed. – Not even funerals are sacrosanct in Chicagoland.]

At least 15 people were wounded Tuesday evening in a mass shooting directed at people attending a funeral in the Auburn Gresham community.

Chicago Police First Deputy Supt. Eric Carter said a black vehicle was heading west on 79th Street at 6:30 p.m., when people inside began firing at attendees of a funeral. The funeral was taking place at the Rhodes Funeral Services funeral home at 1018 W. 79th St.