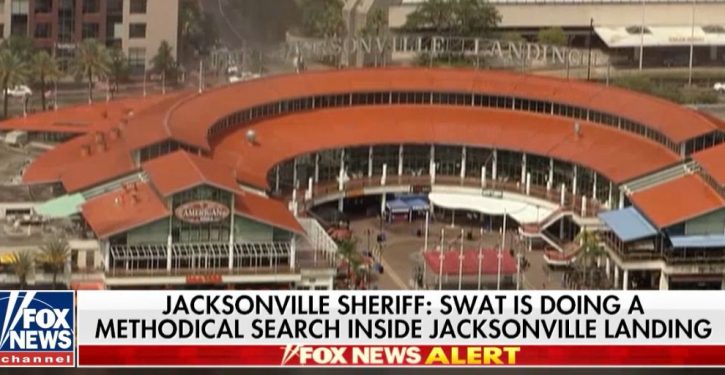 [Ed. – As always, it’s hard to know what to make of this.  The leftstream media simply don’t have inherent or automatic credibility anymore.  While this is a somewhat plausible story, it also strikes an improbable note, with all the negativism from the sheriffs.  Unlike local police, sheriffs could deputize volunteers to do a lot of the work, and put ex-military and retired law enforcement on virtually all of the extra non-contact positions the Duval County sheriff needs.  This looks less like truthful, straightforward reporting, and more like an attempt to create controversy that distracts the audience from the Democrats’ plan to basically do everything without outside scrutiny, by holding a “virtual” convention – one that conveniently keeps Joe Biden from having to display any stamina or normal cognition.]

The sheriff of Jacksonville, Fla., said he can’t provide security for the Republican National Convention because of a lack of clear plans, adequate funding and enough law enforcement officers.

“As we’re talking today, we are still not close to having some kind of plan that we can work with that makes me comfortable that we’re going to keep that event and the community safe,” Duval County Sheriff Mike Williams told POLITICO.

“It’s not my event to plan, but I can just tell you that what has been proposed in my opinion is not achievable right now … from a law enforcement standpoint, from a security standpoint.”

The controversy deals one of the biggest potential blows to President Donald Trump’s decision to hold an in-person nominating convention during a pandemic.