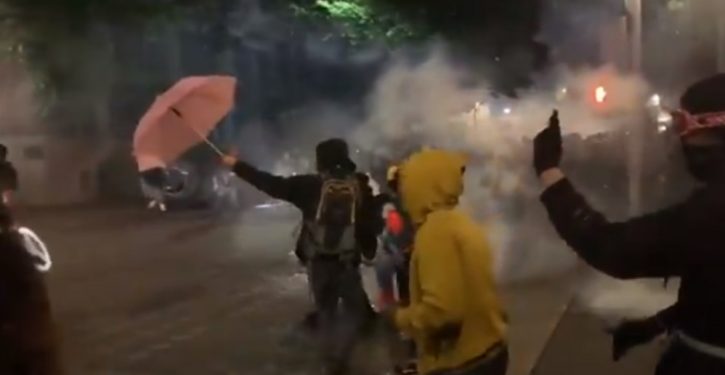 [Ed. – Black bloc attackers showed up in normal clothing first, looking like peaceful demonstrators; then hid on-site to change into their signature black garments and assemble their arsenal.]

Chicago’s top cop said his officers were ambushed during violent clashes between protesters and police last week near a statue of Christopher Columbus as objects were hurled at officers during heated confrontations between the groups.

Police Superintendent David Brown said his department has faced “organized actions to provoke violent responses from our officers” during a Monday news briefing where a video of Friday’s events at Grant Park was released. …

Officials said the six-minute compilation video released by the Chicago Police Department shows demonstrators dressed in black using umbrellas to shield themselves while hurling frozen water bottles and cans, rocks, explosives and other items at officers. In the video, many officers retreat behind the statue or hold up riot shields during the incident. 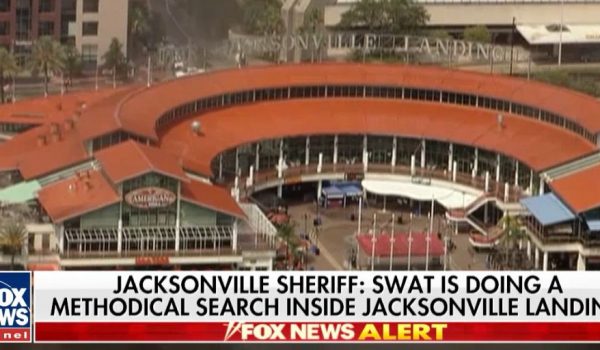 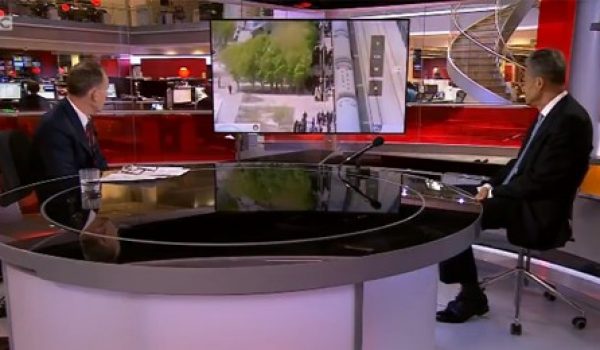