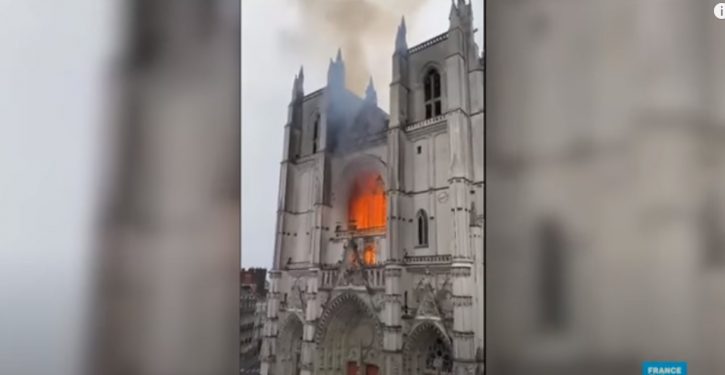 The Cathedral of St. Peter and St. Paul in Nantes, on fire. France 24 video, YouTube

[Ed. – The roof of the structure hasn’t been compromised, apparently, as the roof of Notre Dame de Paris was.  But a 400-year-old organ, the only pre-Revolution organ of its size and type still in use, has been completely destroyed, along with sections of the cathedral’s interior.]

Three separate fires erupted in the Cathedral of St. Peter and St. Paul of Nantes, located in north-western France. French authorities have launched a criminal investigation into the blaze at the 15th-century cathedral in Nantes, the sixth-largest city in France.

The fire began in the early Saturday morning, and flames were visible from outside the cathedral. It took more than 100 firefighters several hours to control the blaze at the Gothic structure. …

Construction of the Nantes Cathedral began in 1434 and was officially completed in 1891. The Roman Catholic church survived the French Revolution and World War II, but was damaged by Allied bombing in 1944. 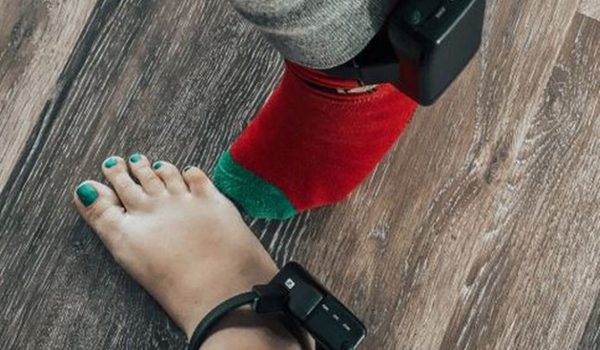