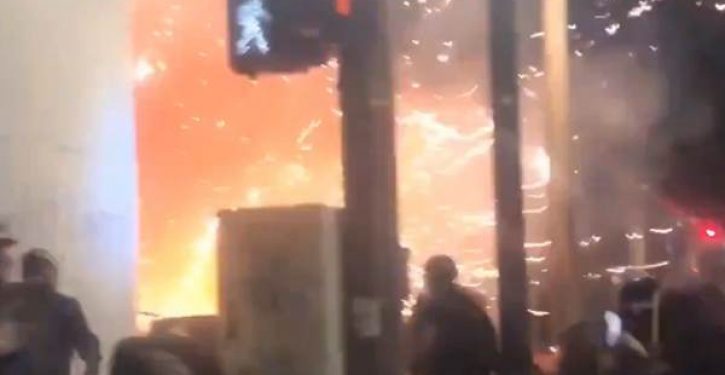 Portland Antifa and Black Lives Matter launched explosives at the Federal Courthouse and Justice Center while attempting to barricade agents inside on the 50th night of riots in the ultra liberal city.

There was also severe violence against random citizens that they disagree with politically during Friday night’s chaos.

The Portland Police tweeted “Officers have observed people in the area of the Federal Courthouse and Justice Center on SW 3rd Ave place fencing and sandbags in front of doors. This is criminal behavior. Participants not involved in criminal behavior are encouraged to leave the area immediately.”

A street preacher was violently assaulted and carried away by a mob. A witness at the scene said that a gun had been pulled on him. The witness also said that another man was tied to a fence, beat, and then had the fence pushed over on top of him. 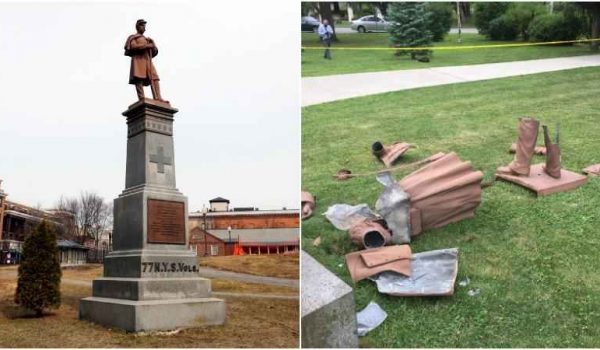 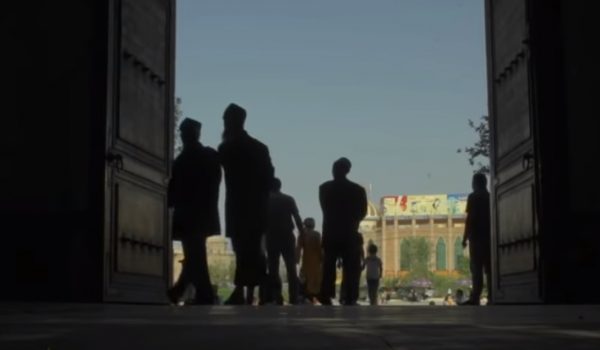