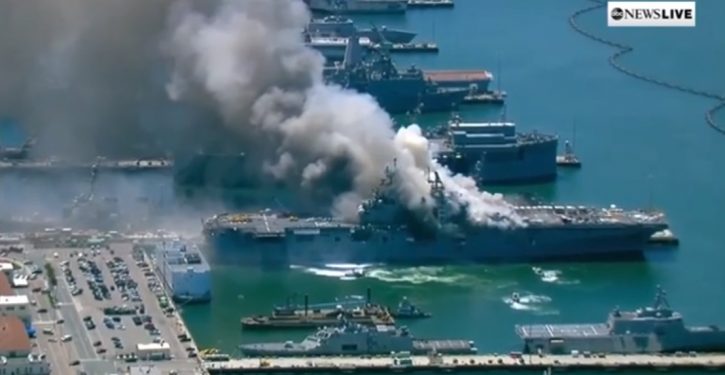 [Ed. – This wouldn’t mean the ship is lost forever, but — as after Pearl Harbor — it would mean rebuilding the ship, not just repairing her.  It’s really bad.  The latest update is that two fires are still burning: one forward, in an area the firefighting crews haven’t been able to reach until today; the other in a large equipment stowage area aft.  I’m going to be really interested to learn how this fire started.  Apparently it originated in the aft stowage compartment, which is down near the well deck.  BHR’s been in maintenance, so it’s harder to pin down what may be been stowed in the space.]

The fire aboard the amphibious assault ship USS Bonhomme Richard showed no sign of abating Monday, raising fears that one of the few U.S. Navy ships that can operate like a mini aircraft carrier is damaged beyond repair.

The Navy is “doing everything we can do” to save the ship, Rear Adm. Philip Sobeck, commander of the Navy’s Expeditionary Strike Group 3, said at a press conference in San Diego on Monday, a day after the fire broke out. But he said the vessel’s mast had collapsed and that there was “burn damage all the way through the skin of the ship.”

The ship, named for the French translation of Benjamin Franklin’s nom de plume “Poor Richard,” is among a handful of amphibious assault ships reconfigured to enable the F-35 Joint Strike Fighter to take off from its deck. That capability allows it to be used for offensive air operations. It conducted its first missions with F-35s aboard in 2018. 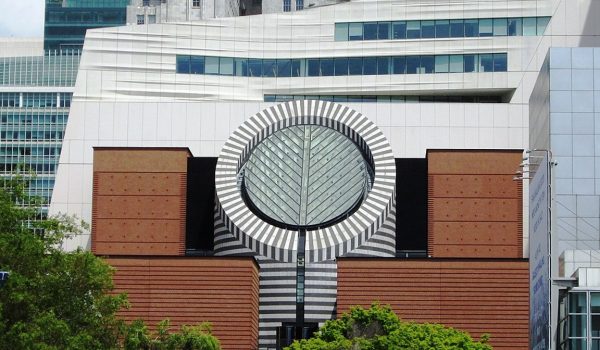