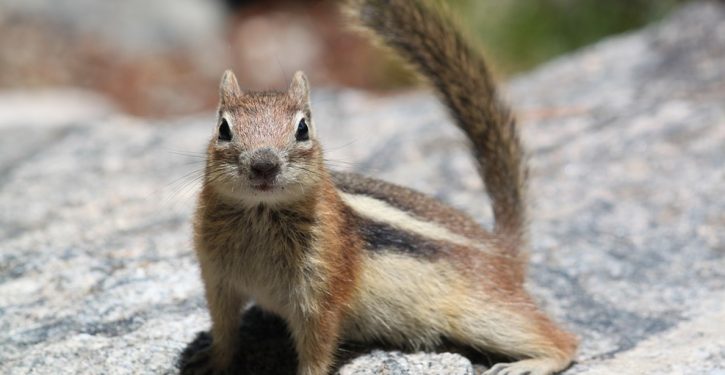 [Ed. – A dog in Colorado has been implicated before.  Apparently this is the first squirrel found with plague this year. Just what we need.]

Public health officials have announced that a squirrel in Colorado has tested positive for the bubonic plague.

The town of Morrison, Colorado, in Jefferson County, which is just west of Denver, made the announcement saying that the squirrel is the first case of plague in the county this year.

It is possible for humans to be infected with the bubonic plague through bites from infected fleas and by direct contact with blood or tissues of infected animals such as a cough or a bite.

Jefferson County Public Health said that cats are highly susceptible to the plague from things like flea bites, a rodent scratch or bite, and ingesting an infected rodent. …

Officials also said that dogs are not as susceptible to the plague as cats are but still may pick up and carry plague-infected rodent fleas.

BREAKING: St. Louis homeowner expects to be indicted for defending himself from BLM mob
Next Post
Ruth Bader Ginsburg hospitalized with fever, chills