[Ed. – OK.  You know I had to go there on the ORCs.  Interesting development.  Detecting them now from Earth, as opposed to previously, makes me wonder if lower energy from the sun will give us a shot at more such phenomena in the coming years.]

There’s something unusual lurking out in the depths of space: Astronomers have discovered four faint objects that at radio wavelengths are highly circular and brighter along their edges. And they’re unlike any class of astronomical object ever seen before.

The objects, which look like distant ring-shaped islands, have been dubbed odd radio circles, or ORCs, for their shape and overall peculiarity. Astronomers don’t yet know exactly how far away these ORCs are, but they could be linked to distant galaxies. …

In a new paper detailing the discovery, the astronomers offer several possible explanations, but none quite fits the bill for all four new ORCs. After ruling out objects like supernovas, star-forming galaxies, planetary nebulas and gravitational lensing — a magnifying effect due to the bending of space-time by nearby massive objects — among other things, the astronomers speculate that the objects could be shockwaves leftover from some extragalactic event or possibly activity from a radio galaxy.

Romney denounces Stone commutation as ‘unprecedented, historic corruption’
Next Post
New wave of protests over latest police shooting despite its being wholly justified 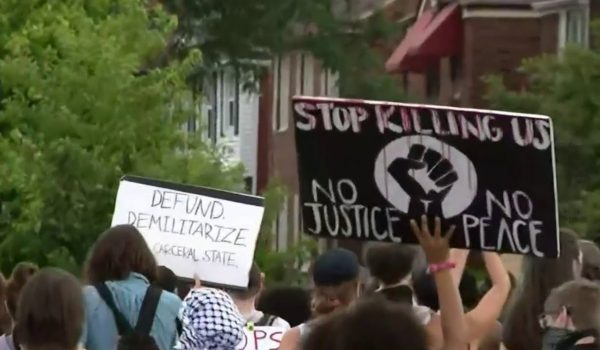