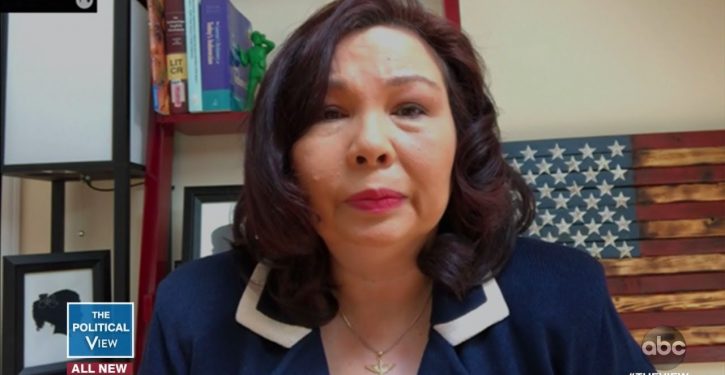 [Ed. – Biden has said Washington’s likenesses shouldn’t be touched. Could be interesting.]

Sen. Tammy Duckworth of Illinois on Sunday said she would listen to arguments for removing statues of George Washington, seeming to take a step further than former Vice President Joseph R. Biden as she’s rumored to be a potential running mate.

Ms. Duckworth made the comment during a CNN interview in which she blasted President Trump for using a Mount Rushmore speech to spend “more time worried about honoring dead Confederates than he did talking about the lives of 130,000 Americans who lost their lives to COVID-19.”

Pressed on whether the push to remove Confederate statues should extend to forefathers like George Washington, the senator said: “I think we should listen to everybody.”

“I think we should listen to the argument there,” said Ms. Duckworth told CNN, before pivoting back to Mr. Trump’s speech in South Dakota on Friday.

Campus culture seizes the streets
Next Post
‘Historian’ claims ‘history is as much about forgetting as remembering.’ Really?