[Ed. – The author never proves her title claim, but that’s the least of the problems with this exercise in wishful thinking.]

Now that Joe Biden holds a commanding lead in dozens of polls, the Trump campaign is relying on the argument that Biden voters aren’t enthusiastic about their candidate to self-soothe. To some degree, they’re right. The latest USA Today/Suffolk poll finds that half of President Trump’s voters are very enthusiastic about their candidate, while only 27 percent of Biden supporters feel the same way.

There is also the argument that Biden is leading because of his supporters’ aversion to Trump. Data from a New York Times/Sienna poll of battleground states found that 60 percent of Democrats in Florida and Arizona will vote against Donald Trump. …

But I think Biden is leading because of much more than Trump-hating. We are seeing … a complete repudiation of the GOP platform and the Democratic Party running campaigns on policies that are widely popular and in sync with American values. 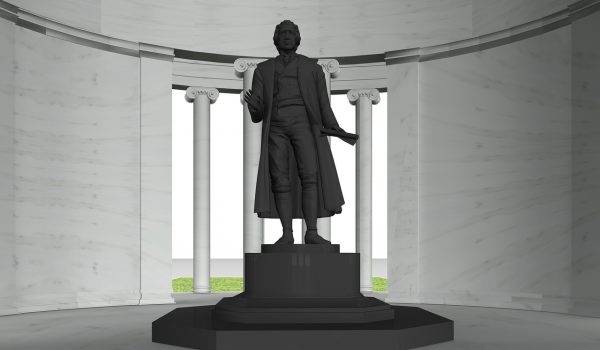 I’m a direct descendant of Thomas Jefferson. Take down his memorial.
Next Post
Campus culture seizes the streets