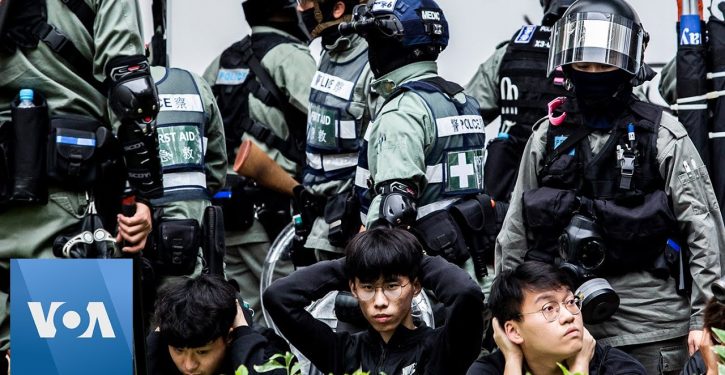 [Ed. – And this is why the “Human Rights Council” belongs in scare quotes until further notice.]

Fifty-three countries at the U.N. Human Rights Council, led by Cuba, came out in support of China’s national security law this week — a law that has formed the basis of the communist regime’s latest crackdown on the people of Hong Kong.

Chinese state media Xinhua reported that the Cuban statement said the law was beneficial for Hong Kong’s prosperity and stability, and guarantees that Hong Kong residents can exercise their freedom in a “safe environment.”

Goodbye to the ‘plaintive voices’: Biden cancels rallies on doctor’s orders
Next Post
Hat in the ring: Kanye West announces run for president in 2020